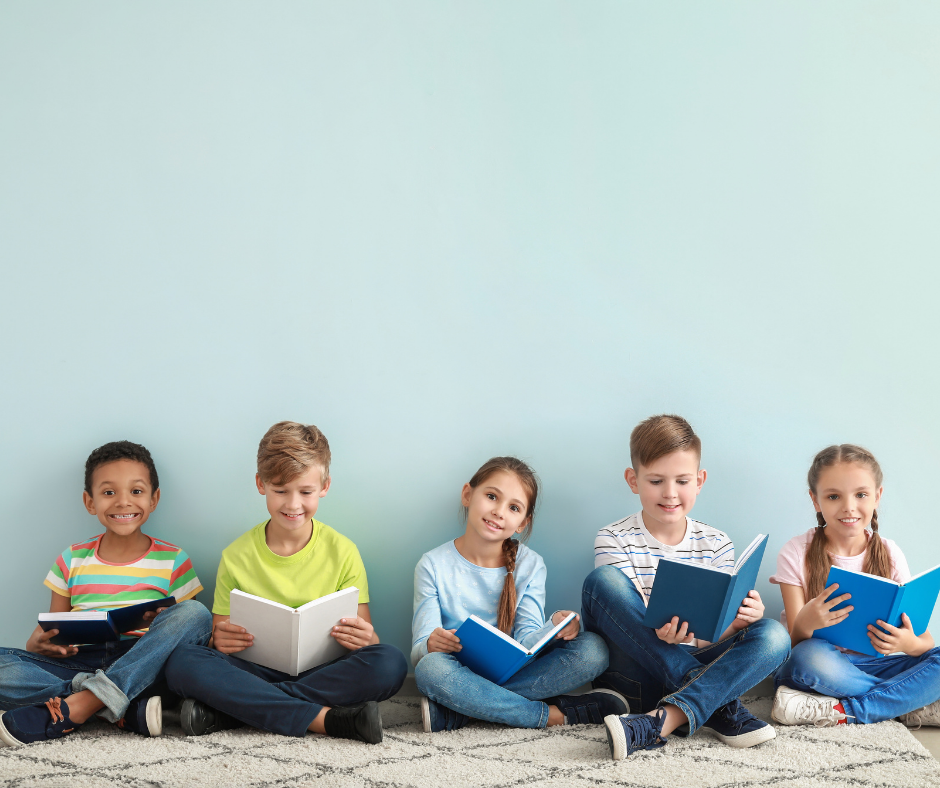 I wasn’t planning to tell my 5 and 7 year olds about what happened recently in Buffalo. But a couple days after the shooting, I couldn’t mask the rage I felt. My kids noticed it, and at first I waved away their curiosity.

Then I remembered how white privilege prioritizes white children’s innocence and comfort over Black lives.

So I sat them down and told them: “I’m really sad because on Saturday, a white man went into a grocery store, in a town where a lot of Black people live, and he brought a gun, and tried to hurt as many Black people as he could.”

“But I thought that was over,” my older daughter protested. “I thought people stopped being mean when slavery was over.” We launched into a discussion on how just because slavery became illegal, not everyone suddenly believed it was wrong, and how today, people can still have racist ideas.

In his book Stamped: Racism, Antiracism, and You, Ibram X. Kendi writes, “The first step to building an antiracist America is acknowledging America’s racist past.” This might seem too heavy for young minds, and parents- like me- may want to spare their children from the more distressing details. However, it’s been my experience that young children can handle challenging and unsettling topics around race. I submit that if you read regularly with your kids, if you’re talking with them about what they’re learning and feeling, and if you’re reading a variety of books that entertain, inform, inspire and soothe them, then you’ve created an environment in which there’s room to bring in books that discuss racial inequity.

The books below are all ones I’ve read with my kids. I’m thankful for the conversations they’ve sparked, and that books like these exist. My generation certainly didn’t learn about the Great Migration, or the marches from Selma to Montgomery, or the harshest Jim Crow laws, from children’s literature (even in high school, these topics were hardly touched). These authors have dared to believe that even young kids are capable of seeing, understanding and undoing racism.  Working to diversify our bookshelves is important for all of us too, not just for kids. 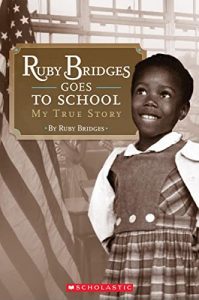 Can you imagine arriving at school and facing an angry mob of adults yelling at you to leave? In 1960, six-year-old Ruby Bridges became the first Black child to desegregate an all-white Louisiana school. There aren’t many words in this book—it’s the photographs that communicate the unthinkable hatred hurled at Ruby. There’s a smiling boy holding a sign that reads, “We Won’t Go to School With Negroes.” Other pictures show federal marshals escorting Ruby to her classroom. Eventually, we see pictures of Ruby and her schoolmates playing together. When I read this with my girls, I note how my mother (their grandma) was one school grade ahead of Ruby, reminding us of the nearness of such intense racism. (Ages 4-8) 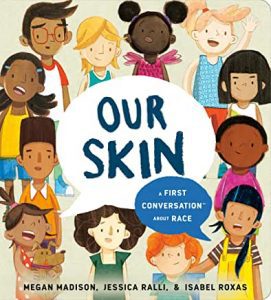 This book helps kids grasp the most basic concepts of racism. How it started—“A long time ago, way before you were born, a group of white people made up an idea called race.” How it’s a story lots of people believed for many years, and how it still exists today, both in ways that are on purpose, and ways that are accidental and subtle.  This book tells kids they can be a part of racial justice: by telling the truth, talking openly, listening well, and changing unfair rules. (Ages 4-8) 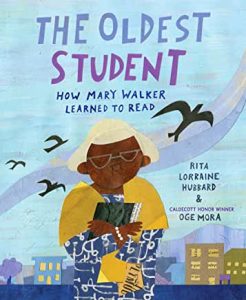 From the time she was a small child picking cotton on an Alabama plantation, Mary Walker vowed to learn to read one day. At age 15, she gained her freedom, and the decades that followed were spent working hard, working the sparse jobs available to Black women in the U.S. She still yearned to read, but there was simply no time to learn when you worked seven days a week and raised a family. Finally, at age 116 (yes, 116!), she achieved her goal. It took her over a year to do it, and she did it just like a kindergartener—memorizing the alphabet, learning letter sounds, and recognizing sight words. This is a true story of persistence and dedication, one that young learners will connect with. It’s my favorite book on this list. Don’t miss it! (Ages 5-9)

Your Life Matters by Chris Singleton, illustrated by Taylor Barron 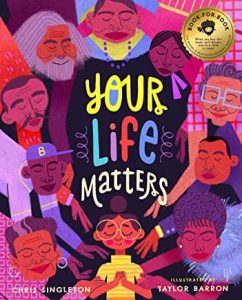 Written by a man who lost his mother in the 2015 Charleston church shooting, Your Life Matters assures children of their intrinsic worth. They may feel insignificant, or question their place in a vast, confusing world, yet they are “beautifully and wonderfully made.” Each page features an icon of Black history, and a reminder that every part of us—our hearts, hands, minds, curiosity, imagination—is all valuable, and capable of bringing about needed change. (Ages 5-8) 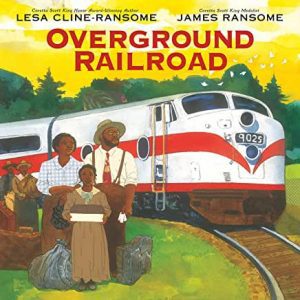 Inspired by The Warmth of Other Suns, Isabel Wilkerson’s masterpiece on the Great Migration, the author set out to write a children’s book on the decades from 1900 to 1970, when millions of Black Americans fled their homes in southern states. This story follows a young girl and her family’s perilous journey to New York. Her parents are determined to escape the unfair system of sharecropping (slavery 2.0) and Jim Crow laws, so they board a train, in secret, “before anyone could see us leave.” (Ages 5-9) 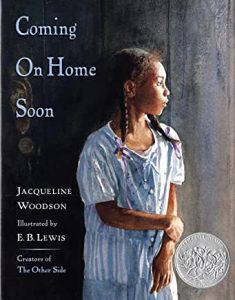 It’s wartime, which means “they’re hiring colored women in Chicago.” Ada Ruth’s mother is heading north, promising to write and send money home. She kisses her daughter goodbye, telling her, “I love you more than anything in the world. More than snow.” While her mom works cleaning railroad cars, Ada Ruth and her grandmother anxiously wait for the postman every day, in hopes of a letter from Mama. (Ages 4-8) 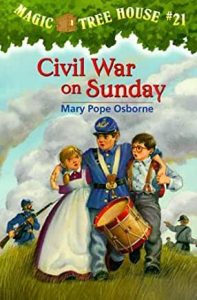 Mary Pope Osborne has a gift for weaving history into her fantasy stories for kids. In this installment of the Magic Tree House series, 8-year-old Jack and 7-year-old Annie travel in time back to the Civil War. They arrive at a makeshift tent hospital and help care for wounded Black soldiers. They reassure one soldier that he’ll soon be well, and will be reunited with his family. The soldier responds that it’s impossible to see his family again, as they were all sold long ago. Jack learns the soldier fled slavery to enlist in the Union army. (Ages 5-8)

Lillian’s Right to Vote – A Celebration of the Voting Rights Act of 1965 by Jonah Winter & Shane W. Evans 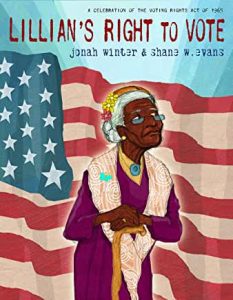 What a privilege it is to live in a country where citizens elect their leaders and have a say in their laws! But what if you had to pay an exorbitant poll tax, or answer impossible questions, in order to vote? In this story, it’s Election Day, and 100-year-old Lillian is on her way to vote. As she walks, she remembers a time when people who looked like her were intentionally turned away at their polling place. She sees the courthouse where her great-grandparents were auctioned as slaves, in a country that claimed “all men are created equal.” She remembers the men and women who marched and peacefully protested—some of whom gave their lives—to secure the right to vote for all Americans. (Ages 6-10)

Dreams for a Daughter by Carole Boston Weatherford, illustrated by Brian Pinkney 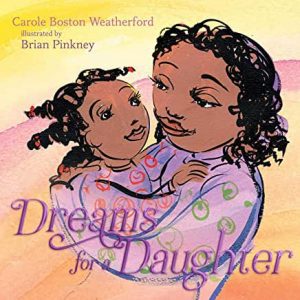 Against a swirling backdrop of soft watercolor and ink, a Black mother imagines a limitless, soaring future for her newborn daughter. In her baby’s eyes, she sees her ancestors, and prays for a world where “nothing and no one will ever break your spirit.” When I read this with my daughters, they ask me to explain the line where the narrator wishes for her child “to open closed doors and then pass through as if you were long overdue.” (Ages 3-8)

The Undefeated by Kwame Alexander, illustrated by Kadir Nelson 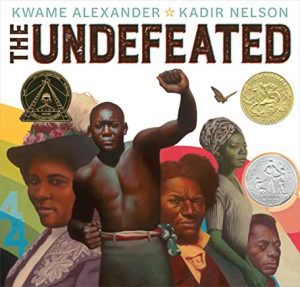 Told in blunt, unflinching verse, this book pays homage to the authors, soldiers, artists, marchers, athletes, and ordinary people who pursued freedom in spite of unfathomable circumstances. “This is for the unspeakable”— the book also acknowledges the lives destroyed by racially-motivated violence and slavery. The images on these pages are sometimes somber, but vague enough to be appropriate for younger children. The book closes with summaries of the contributions and legacies of each historical figure illustrated.  (Ages 5-9) 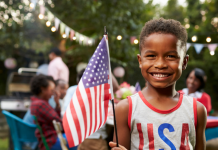 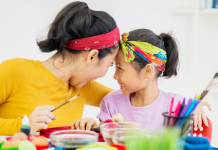 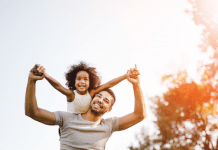 Cascia Smith - June 25, 2022 0
The 4th of July celebrations are upon us and we've got you covered with a rundown of what's happening all across Ventura County.  We've...